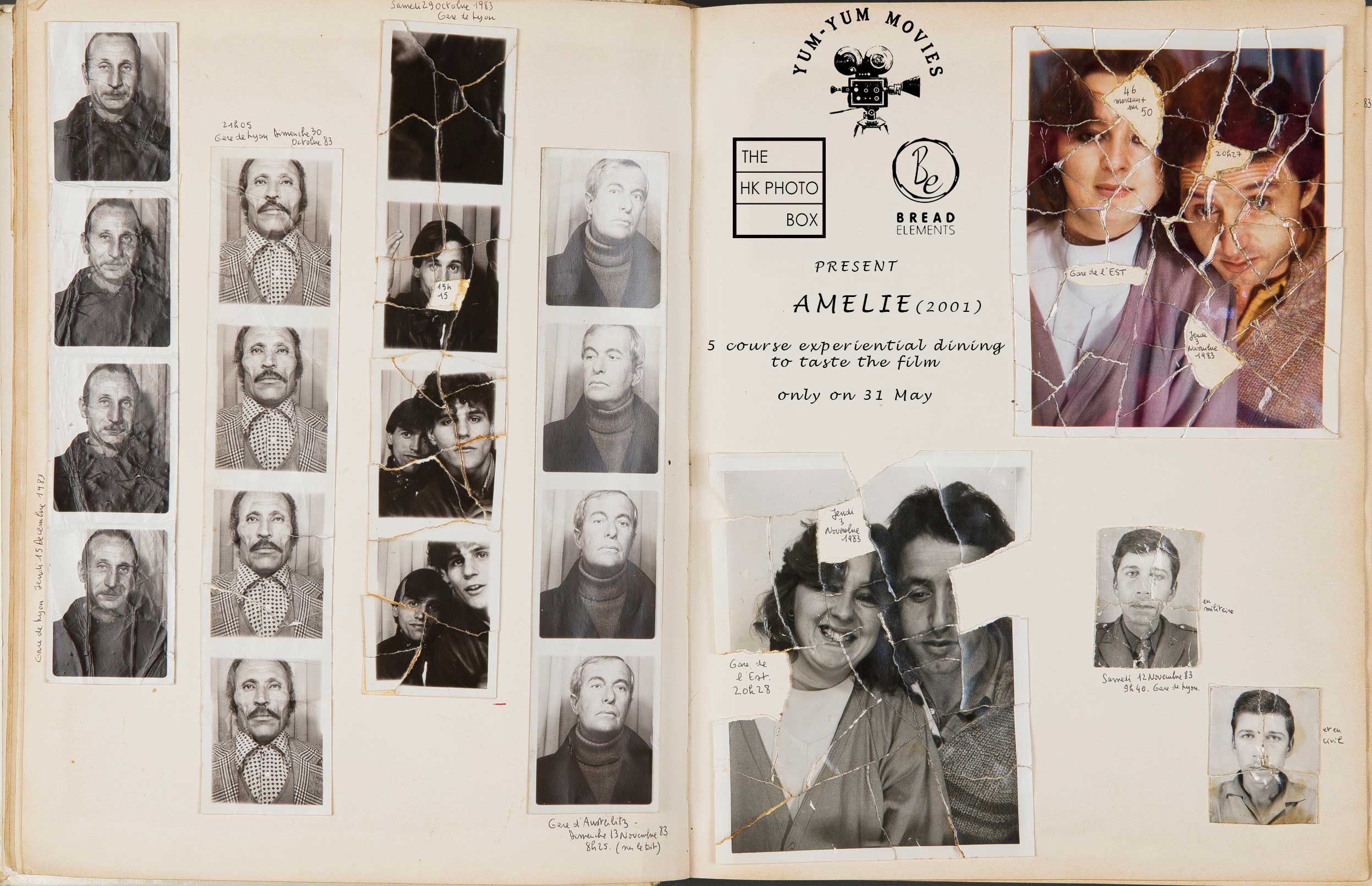 The second edition of the Summer Series of Yum Yum Movies saw two great chefs come together to create a unique menu for the screening of Amélie. Chef Gregoire of Bread Elements joined chef Andrea at Cuore private dining for the five course meal served throughout the showing of the quirky French classic.

Guests arrived to a photo booth sponsored by HK Photobox where they took individual profile shots, similar to the movie. The purpose of the photos were revealed later in the movie. 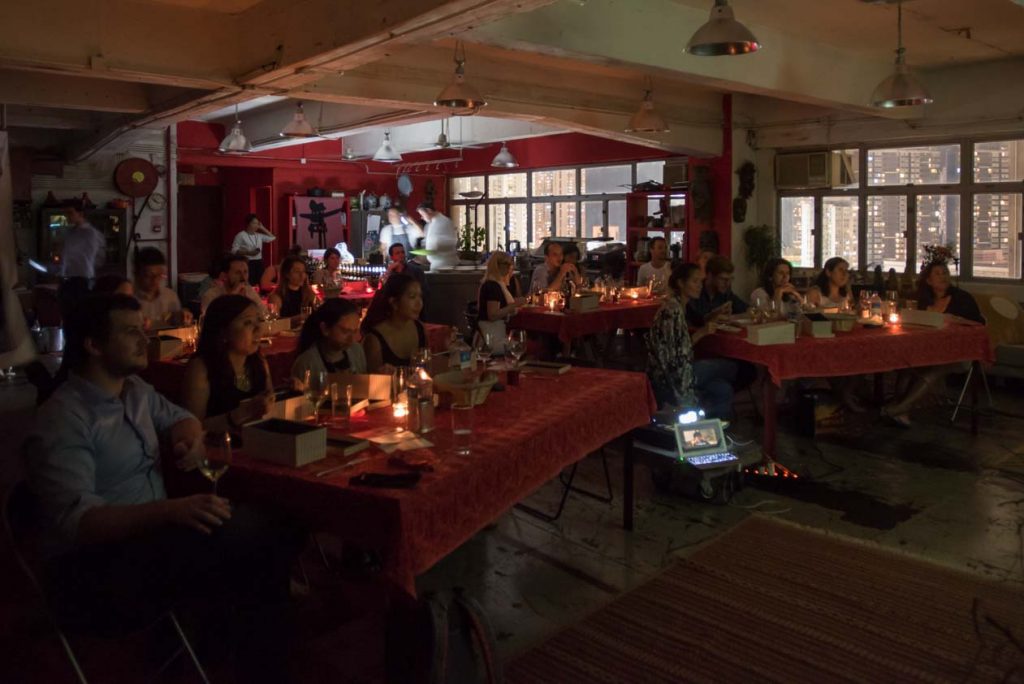 Once seated, everyone was treated to a five course meal served at significant times of the movie to enhance the cinematic experience. A brief description of each course

THE POULINS
Swordfish and salmon sashimi with pesto, raspberries and tomatoes

To highlight Amélie’s cold childhood, a cold sashimi starter was served as the movie started. From being home-schooled to Amélie’s trauma of saying goodbye to her pet fish, the cold sashimi with a light and zingy sauce highlighted the sad yet playful start to the movie.

Served by chef Gregoire, the dish set the scene for the famous café where Amélie works. A classic bistro dish, the puff pastry was light and echoed the food served at the café. The asparagus was served in a bouquet as a nod to the French grocery stalls in the movie also.

THE BOX
Homemade ravioli with Gorgonzola fondue and pistachio

One of the pinnacle moments of the movie was the discovery of an old tin box in Amélie’s bathroom. A new chapter starts for the heroine here as she begins her mission to find the owner of the box full of memories. The heart-shaped ravioli was served with a rich cheese sauce, served in a box. Guests opened the box and removed the plates to find a few pebbles (a keepsake from Amélie’s pebble collection) and the photo booth photos of the guests of the evening that were cut up into pieces. At the end of the movie, guests were encouraged to piece the photos back together and return the pictures to their owners.

IN DARKNESS THERE IS LIGHT
A French classic, four ways

Guests were asked to put on blindfolds where they tried four variations of foie gras. Each spoon was flavoured differently and was served straight after the scene where Amélie took a walk with the blind man.

Chef Gregoire served a fanastically balanced dish of fresh strawberries, zingy gelato and torched meringue, near the end of the movie where Amélie finally gives in to the vulnerabilities of love. 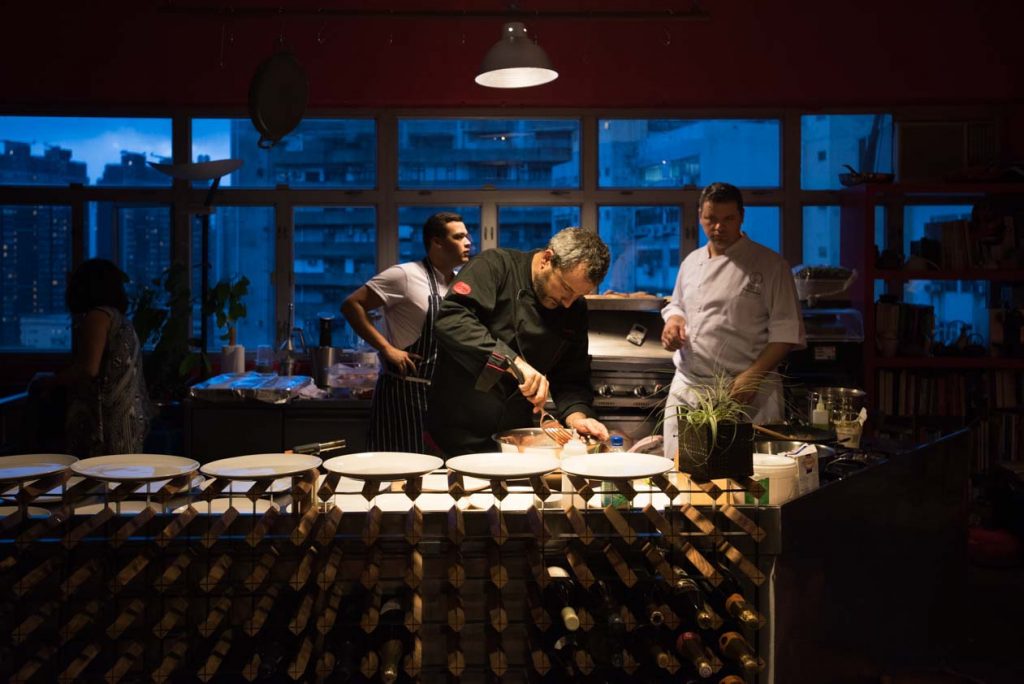 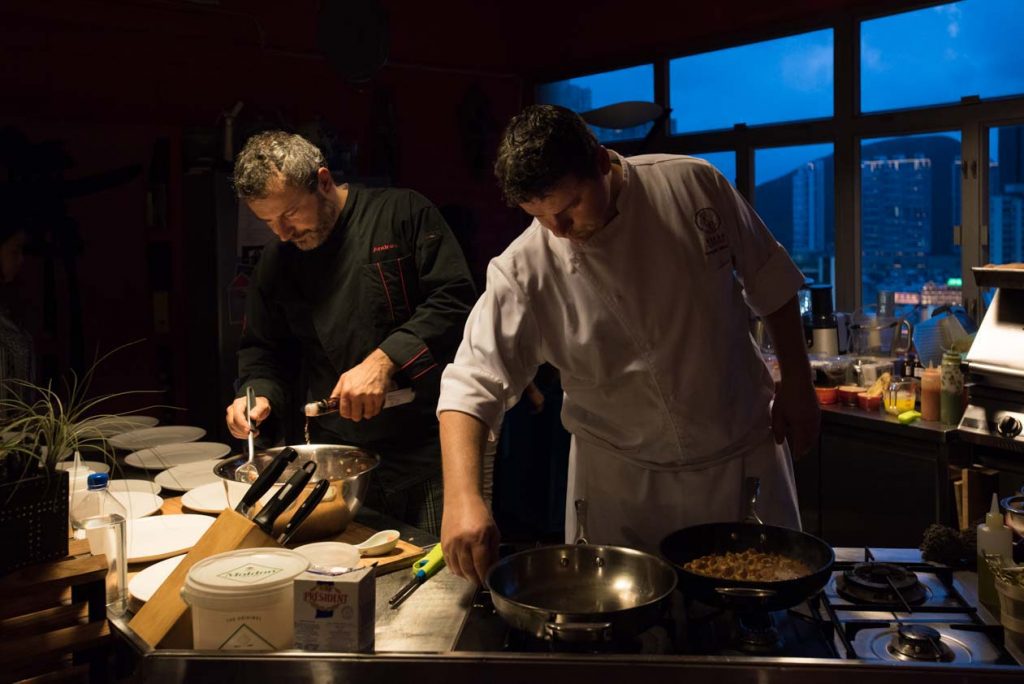 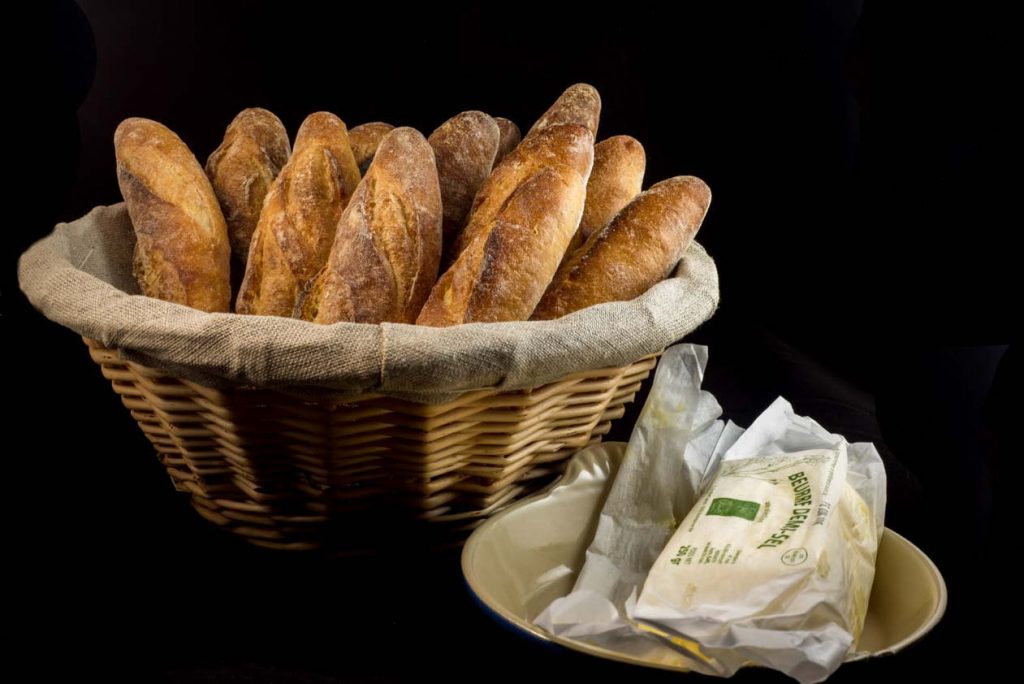 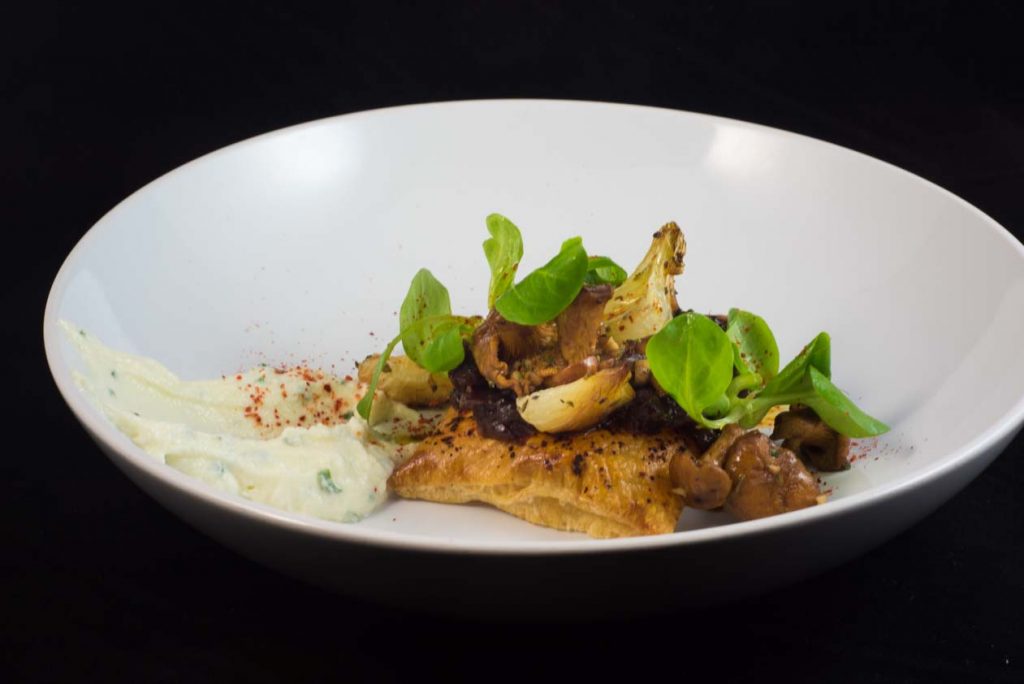 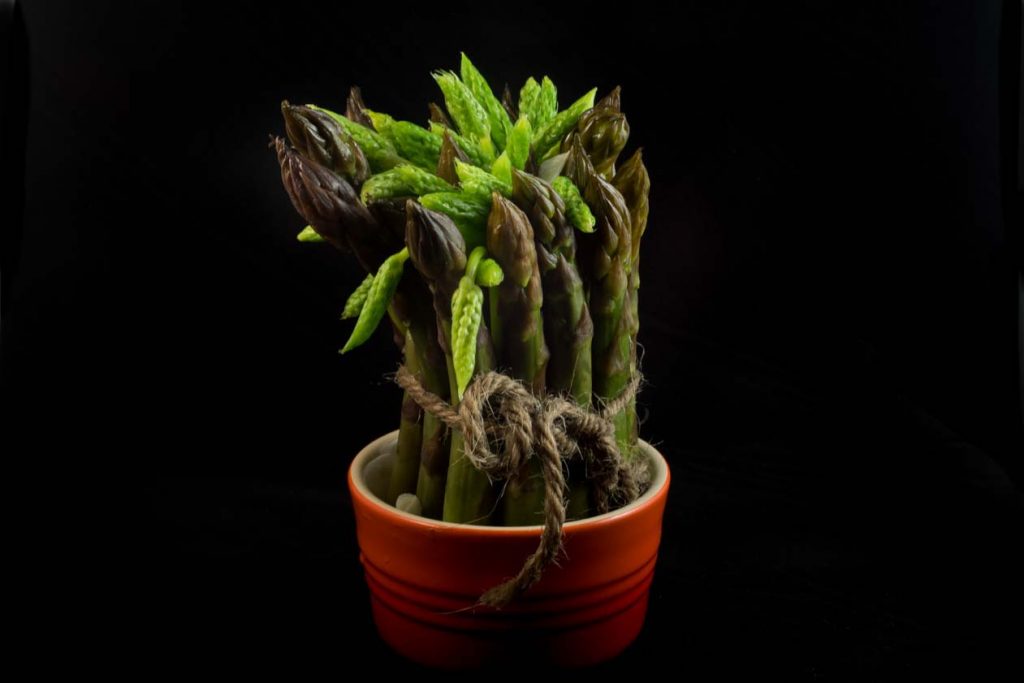 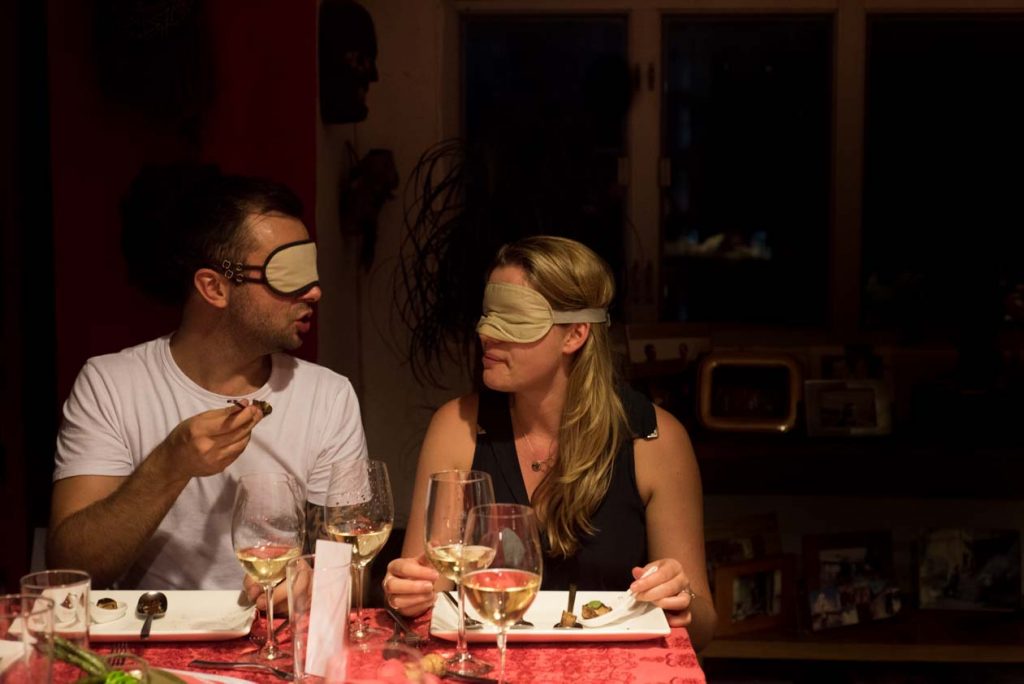 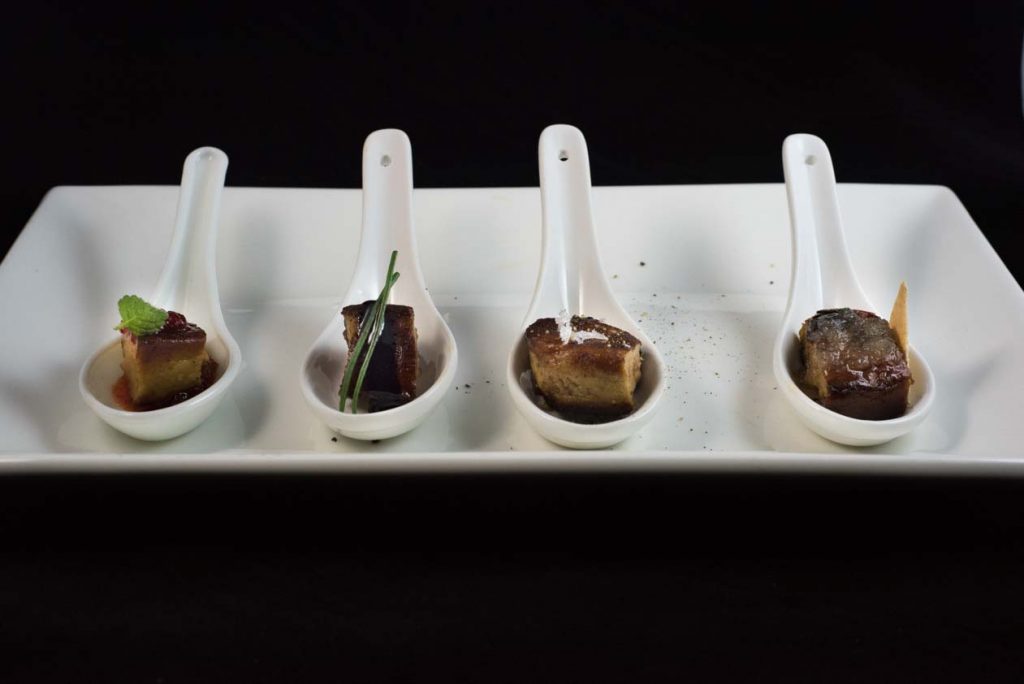 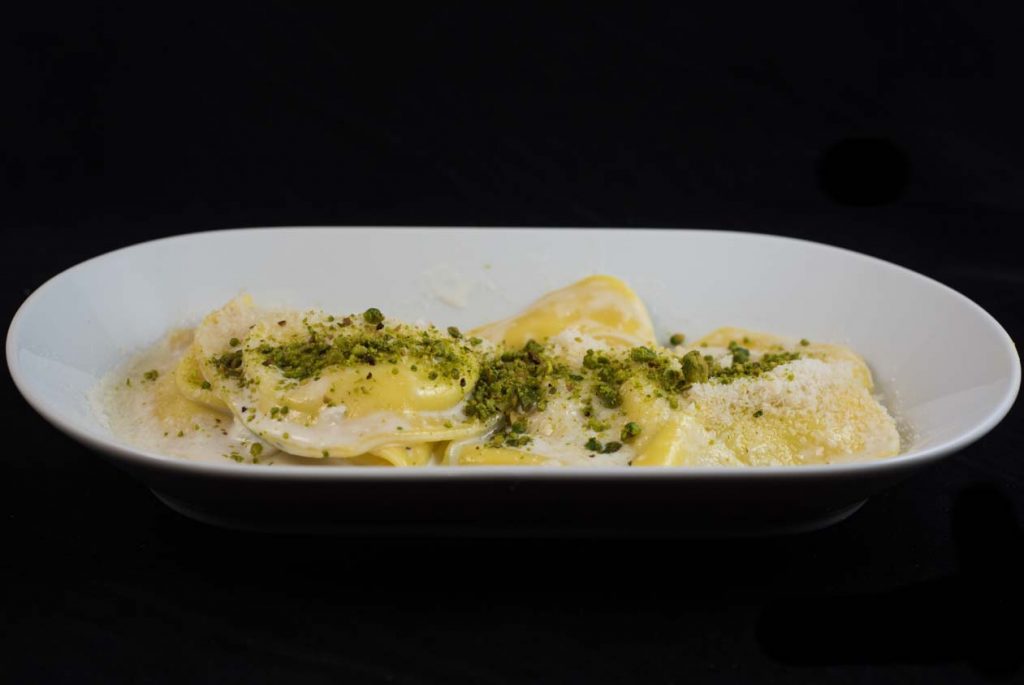 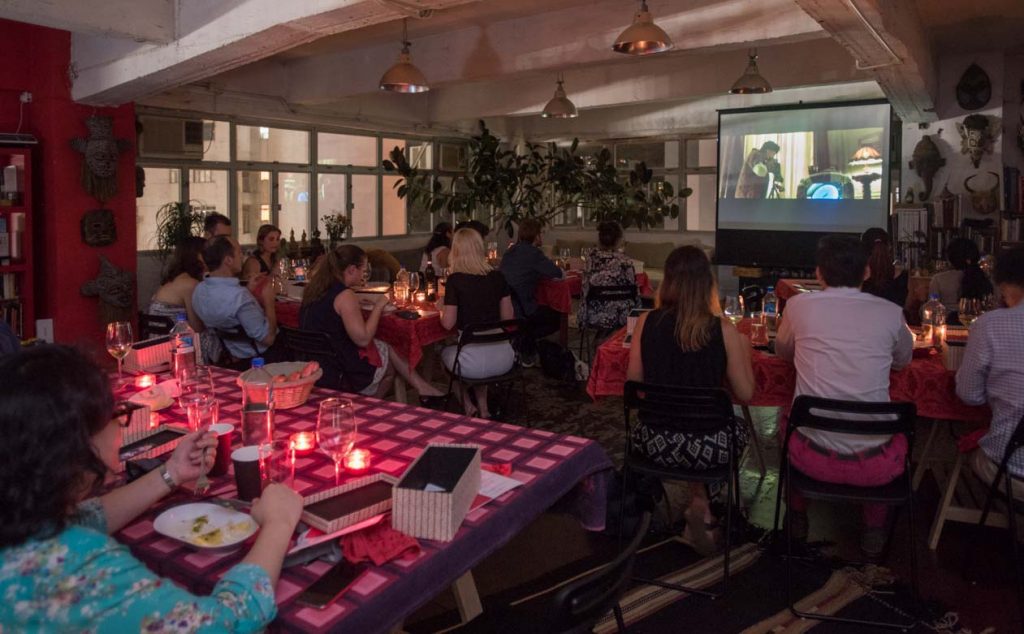 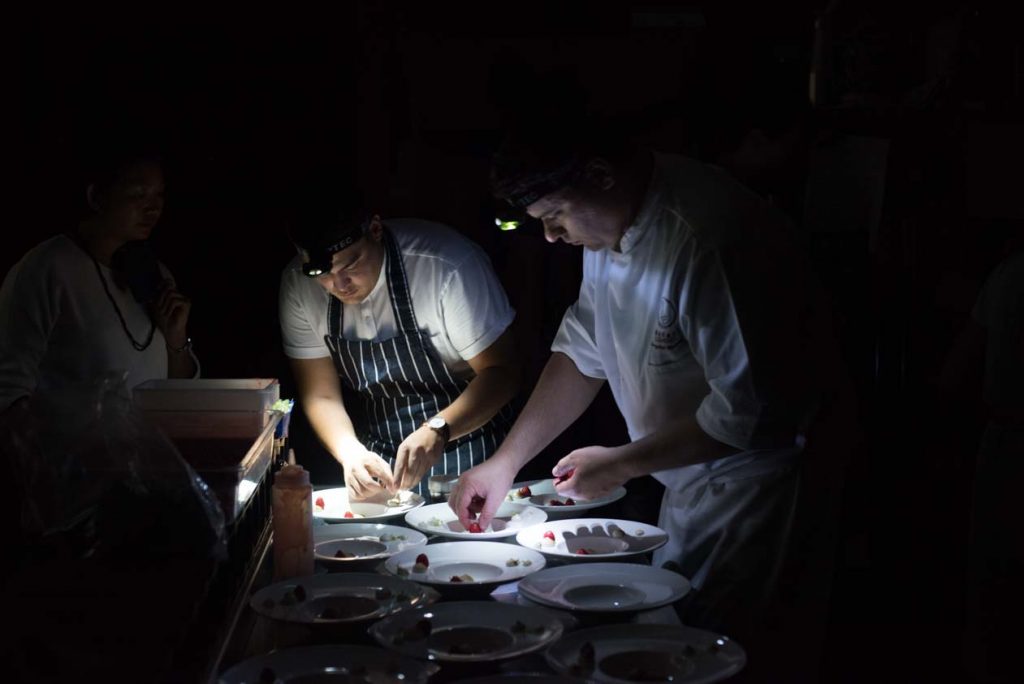 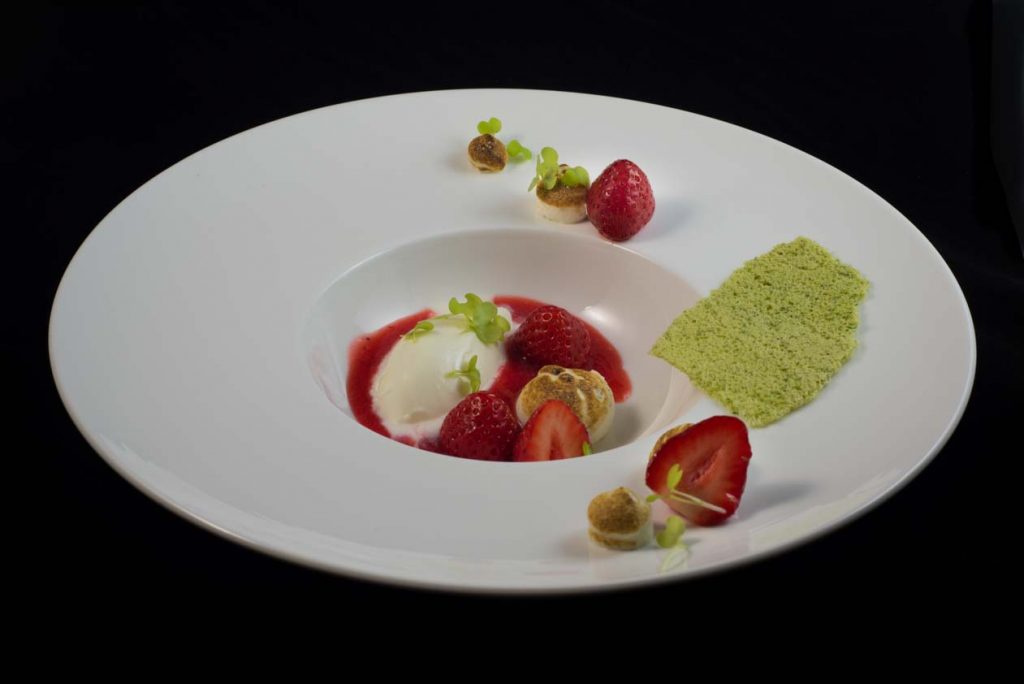 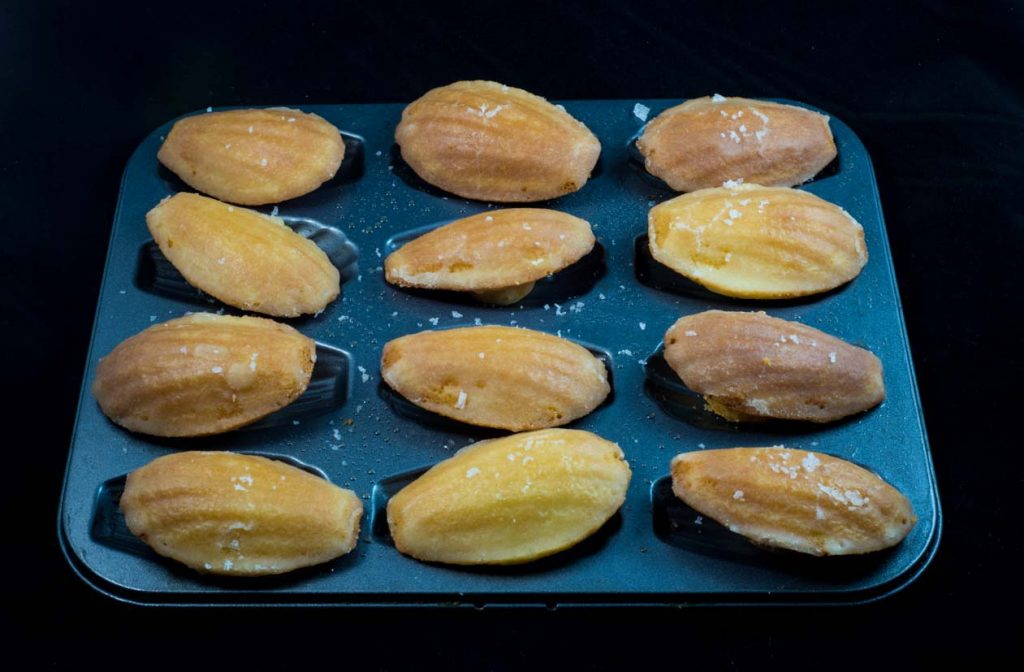 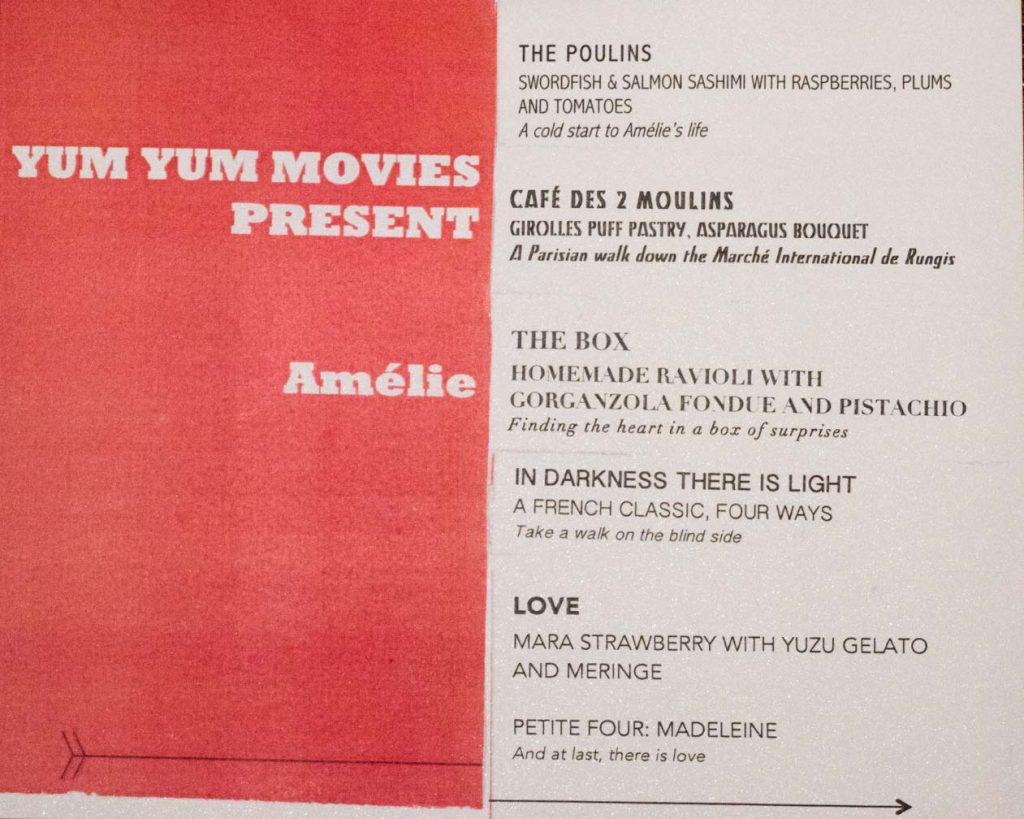 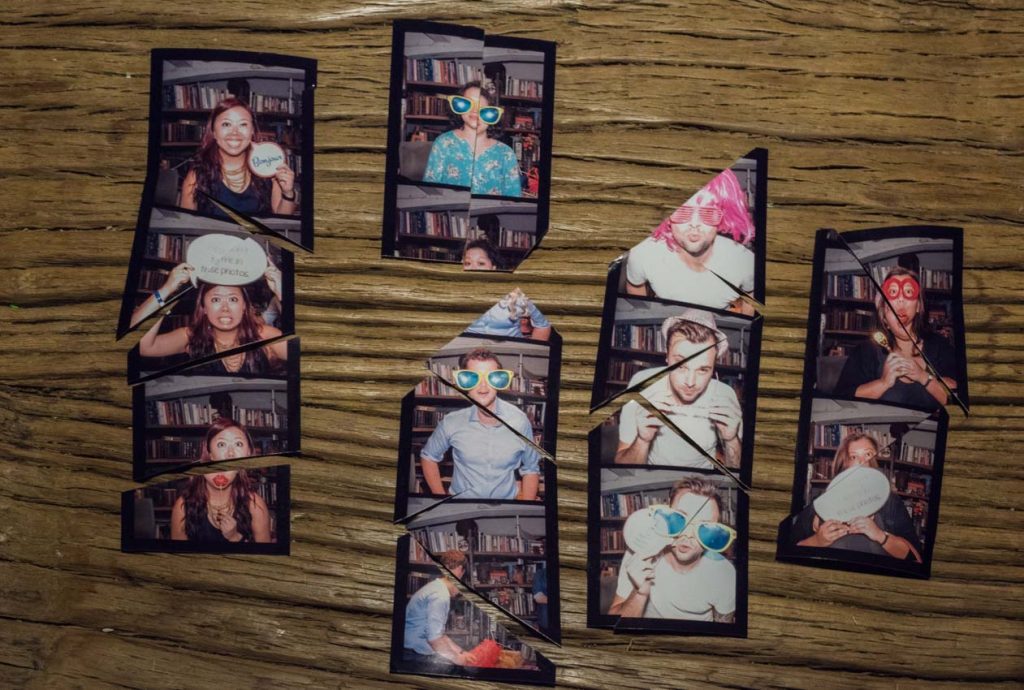 The last edition of the Summer Series  of Yum Yum Movies will feature Wes Anderson’s Moonrise Kingdom. By popular demand we have added another date and the screenings will be on 20th and 21st June. An Autumn Series will be released in September.